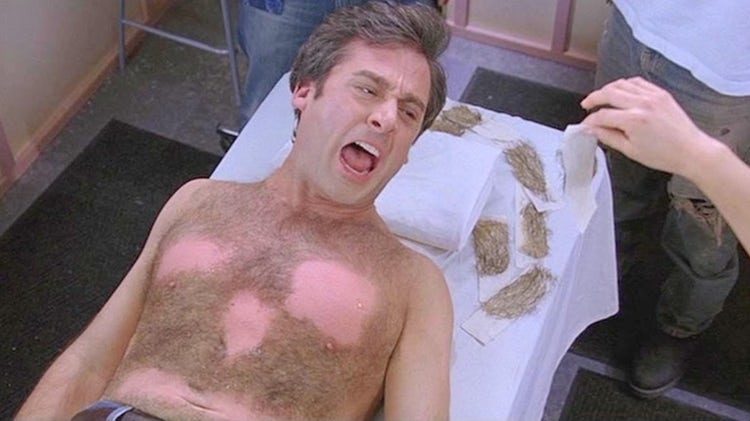 A Man’s Guide To ‘Manscaping’

As with anything else fashion and beauty oriented, pubic hair is susceptible to certain popular trends, if you will. For example, when you hear people refer to women’s pubic hair as a “full bush” in decades past, versus now the “completely bald” look being in, that would be considered a pubic hair trend. No matter how ridiculous it sounds, it’s true. Even if most people don’t walk around naked, they would still like to be in-the-know when it comes to what their pubic hair “should” look like.

At the end of the day, it’s pretty subjective depending upon your partner. If your lady doesn’t care, then why should you? Chances are though, she’s going to expect a little maintenance, at the very least. The thing is though, what exactly is a little maintenance?

This is where I come in to tell you. Alright so, we’re strictly keeping it about pubic hair. Women can’t very well tell you what to do when it comes to the other hair on your body. I mean, you guys have no qualms telling us, but because of that fact, we’re less inclined to police your chest hair, back hair, feet hair, and whatever other primate looking fur you’ve got going on.

So in the name of maintenance, here is what we ask:

I would love to sit here and say there are more steps, but that’s about the gist of it, fellas. It doesn’t take all of the much to please women in the realm of pubic hair. Now again, this is a subjective matter. If your girlfriend does happen to be into the bald look on a man (she’s creepy) you may have to go ahead and appease her, but maybe don’t tell anyone about it.