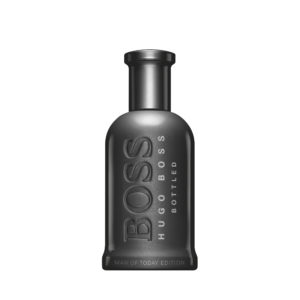 BOSS BOTTLED: BE THE MAN OF TODAY

BOSS BOTTLED unveils the next chapter of its Man of Today campaign with a new mission: to
inspire men to show the world who they are through their actions, and the values by which they
live their lives.

One of the most iconic male fragrances of the last 20 years, BOSS BOTTLED launched the first Man of Today campaign in 2014 to kick-start a global conversation about what modern masculinity and success mean in today’s world. Now, BOSS BOTTLED seeks to empower men everywhere to share and celebrate their varying ideals of success by consistently measuring each moment against their own set of codes. In doing so, BOSS BOTTLED will capture a snapshot of what masculinity means today and how it has evolved.The next chapter of the Man of Today campaign will be brought to life by new BOSS BOTTLED
global fragrance ambassador and actor Chris Hemsworth, a man who consistently acts by his own codes of integrity and respect:

“The Man of Today campaign is all about representing the idea that actions speak louder than
words – a principle I’ve always tried to embody and live my life by. It’s one thing to say you’re
going to do something but to back it up and do it is a whole other thing. It’s an attitude that my
parents bestowed upon me and an approach I hope to instill in my kids as well. It’s about the
qualities of honesty and integrity, which is a great message to be a part of.” Chris Hemsworth –
BOSS BOTTLED ambassador.

The elegant, woody accords of the fragrance reflect a complex structure that is as versatile and
rich in contrasts as the man who wears it. Hour by hour, the scent unfolds and takes on a
different quality that inspires and stays with the BOSS man throughout his day. The result is a
fragrance which remains as contemporary and relevant today as it was at launch, a symbol of
masculinity that has been effortlessly incorporated into the daily routines of men around the
world.

Since September 2017 and throughout 2018, a multi-platform campaign will showcase a dynamic series of activations to move the Man of Today global conversation forward by engaging with global influencers who will share a snapshot of what masculinity means to them. In doing so, men worldwide will be encouraged to offer their own perspective, allowing BOSS
BOTTLED to capture a truly global picture of what masculinity means to men today.
#ManOfToday

How To Dress For A First Date