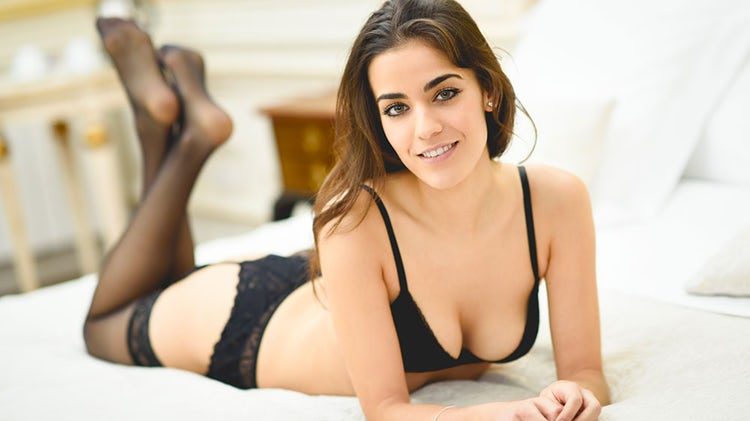 For years, men have wondered what the secret to living longer is, with many of us hoping we can reach the current average life expectancy of 76 years old—which is about five years less than it is for a woman.

While there are plenty of books out there and theories to do so, science has just given us guys some inside information—and staring at boobs and having lots of sex is among the five secrets to a longer life, no joke!

That’s according to a recent piece from Medical Daily—which identifies five unusual ways for men to live longer—giving support for each.

Don’t be a creep about it, but, staring at boobs can actually produce a positive mindset, which, in essence, can help you live longer. That’s according to a study published in the Archives of Internal Medicine, which showed that, of those participating in the study, positive thinking had a powerful effect on health choices.

We’ve told you about the health benefits of kinky sex before, but just “normal” sex is good for your body, mind and soul, too! A study in the National Library of Health agrees, finding the sex could decrease a man’s mortality rate by as much as 50 percent thanks to the release of serotonin while having it.

This is according to a study from the Journal of Personality and Social Psychology, which had older people in nursing homes take care of a plant without letting it die, with those successful in doing so being more social and alert.

You may think that growing old alone with all the freedom in the world is the way to go, but, in fact, it’s completely opposite—at least, if you want to live longer. That’s according to a Harvard studywhich surveyed over 127,000 Americans, discovering that men who got hitched after the age of 25 were likely to live longer than those who married younger.

You know what they say, “first comes love, then comes marriage, then comes a baby in a baby carriage.” Well, if that’s the secret to a happy life, we would all be smart to follow it, because having kids is one way men can live longer. A study from the Journal of Epidemiology & Community Healthrevealed that, when people with children reached the age of 60, their life expectancy increased by about 1.5 years, and, by age 80, men with kids were expected to live eight months longer than those without them.

So, while we all may keep looking for an answer to a longer life, these are just five tips to follow—and, at the very least, two of them are things many men often do without even thinking much about them.