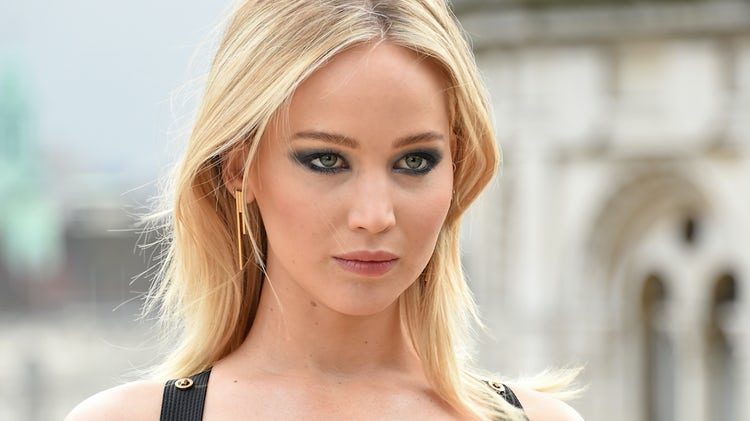 Actress Jennifer Lawrence is an Academy Award winner and one of the most talented and sexy women on the planet, which are just a few reasons why we adore her so much. And Lawrence’s new movie, Red Sparrow — which hits theaters March 2 — looks totally badass, where she goes from ballerina to Russian spy to kick some serious ass. However, the film’s getting some interesting press today as Jennifer said that some of her nude scenes made the crew “uncomfortable.”

According to an interview with Entertainment Tonight, Jennifer Lawrence said that, between scenes, she wasn’t about that whole robe-wearing life, ignoring the fact that she was baring it all for everyone to see. Yes, you read that right, Jennifer actually preferred to be naked on set rather than wear some silly clothes, because, really, who needs that? Here’s what the actress had to say about the whole experience, via Entertainment Tonight:

“There’s one particular scene in the movie where your nightmare comes true from grade school, where you’re standing naked in front of a classroom full of people. So that became a reality, but it actually wasn’t that bad,” she recalled.

The actress said she was very nervous the night before they shot the scene, but when she showed up on set, “Everybody made me feel so comfortable that I probably at a certain point started making everybody else uncomfortable.”

You’ve really got to hand it to Jennifer Lawrence here, don’t you? Not only should she be applauded for being comfortable in her own skin — enough to just waltz around set without many, if any, clothes on at all — but she has a good laugh about it, too. Something tells us she really enjoyed the awkward stares she got from the crew as she was standing around eating food naked.

While Jennifer Lawrence clearly overcame any fears of shooting a nude scene, she did say another one of her difficult tasks was learning a Russian accent. Though she has done foreign accents before, it was in Red Sparrow that she hopes it comes across as authentic the most, telling Entertainment Tonight this about her role:

“I’ve never done a foreign accent before,” Lawrence admitted to ET’s Carly Steel during a roundtable interview alongside her co-star, Joel Edgerton, and the film’s director, Francis Lawrence. “It was daunting and scary but I hope we pulled it off.”

“I don’t want to talk about the accent until the movie comes out because I don’t want to say, ‘I did this and I did that, and it was really quite easy for me,’ and then just get annihilated,” Lawrence explained.

We have a good feeling J-Law pulled it off just perfectly. See for yourselves, though, as Red Sparrowdebuts next week — which we really can’t wait for.

How To Be The Perfect Wingman