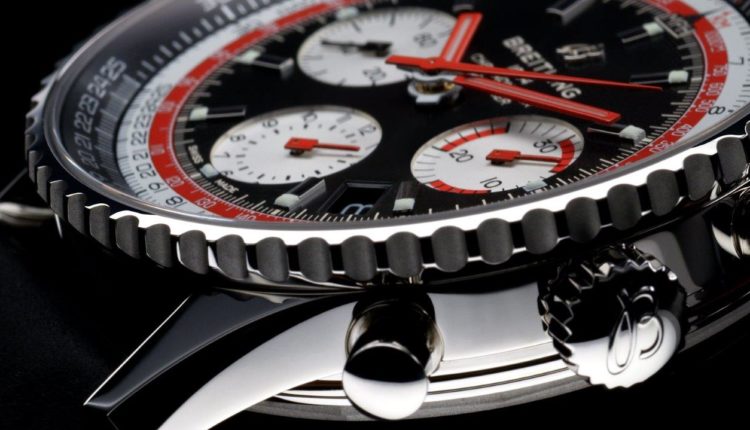 Breitling’s first capsule collection captures the spirit of a memorable time for commercial flight and revives the cool and evocative style of the 1960s and 1970s. The Navitimer 1 Airline Editions pay an affectionate tribute to the pioneers of civil aviation and celebrate the most emblematic airlines of the era, starting with Swissair.
Breitling CEO Georges Kern says: “We are introducing these Airline Editions in a new capsule collection that is produced for a limited time and consequently in a limited volume, but the watches are not numbered. With these capsule collections, Breitling aims to tell specific stories rooted in the history of its core collection. This distinguishes them from our limited editions, which will retain their original intent: to be limited to a small, fixed number of watches.”

Breitling’s Chief Marketing Officer Tim Sayler also highlights the storytelling aspect of the capsule collections, adding: ”We are delighted that our first capsule collection underscores Breitling’s important role in aviation in the mid- to late twentieth century – truly the golden era of commercial flight. The watches also focus on the young, cool design styles of the 1960s and 1970s, which are particularly relevant right now and have a huge influence on current design trends.”

In the 1950s and 1960s, commercial aviation experienced an unprecedented boom. The world suddenly became smaller as the dream of flying was no longer limited to a privileged elite. Flying had become accessible to a wider group of passengers, who, for the first time, could consider flying across a continent or even an ocean. Breitling played a key role in the emergence of commercial flight. Its onboard chronographs became standard equipment, first in propeller-driven planes and later in the jets produced by the world’s leading aircraft manufacturers.

When the Breitling Navitimer wrist chronograph was launched in 1952, it became an instant favorite with aviators and notably with the dashing pilots of the late 1950s, who flew their iconic passenger aircraft, such as the Boeing 707 and the Douglas DC-8, across countries or on intercontinental flights. The Navitimer featured a circular slide rule that allowed the pilots to make any critical calculations they might need to make in the air. In these glory days of commercial aviation, the Navitimer chronographs were the original wrist-worn onboard computers and ultimately established Breitling – already highly regarded for its onboard chronographs – as the unrivaled official supplier to the world of aviation. 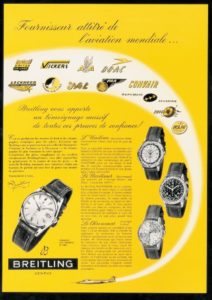 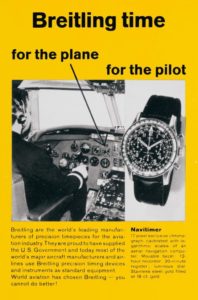 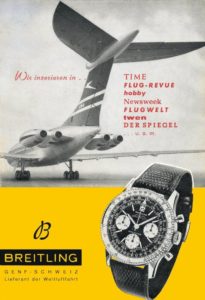 Breitling CEO Georges Kern points out: “For civil aviation history lovers and watch aficionados, the very mention of these legendary carriers calls to mind the excite excitement and adventure associated with long-haul flights. For a more fashion-oriented clientele, there’s the allure of the style of a time captured in classic movie scenes of passengers enjoying the premium service provided by smiling, colorfully uniformed crew members.
Breitling was the preferred supplier of more than 15 leading companies and aircraft manufacturers back in the 1960s, and, with our first capsule collection, we are really excited about commemorating the most emblematic airlines of that era, starting with Swissair.”

The Navitimer 1 B01 Chronograph Airline Edition watches are powered by the Breitling Manufacture Caliber 01. The in-house mechanical chronograph movement has been acclaimed as one of the world’s finest and delivers both remarkable precision and a power reserve of approximately 70 hours. All models feature a bidirectional rotating bezel fitted with the famous circular slide rule, which serves to perform the entire range of calculations relating to airborne navigation. Their distinctive straight hands give the watches a dynamic, contemporary interpretation of a classic look. This first Breitling capsule collection will be available from April 2019 at Breitling boutiques and official retailers for a limited period of time. The first legendary airline to be celebrated will be Swissair, which will soon be followed by other giants of aviation that are also icons from the glory days of commercial flight.

The Navitimer 1 B01 Chronograph 43 Swissair Edition features a transparent sapphire caseback with a printed Swissair logo. Its 43-millimeter stainless-steel case is presented with a black dial, silver subdials, and a vintage-inspired black leather strap or a stainless-steel mesh bracelet. The chronograph celebrates the former national airline of Breitling’s home country,and will soon be joined by other fine watches honoring iconic carriers whose names are also synonymous with the golden age of commercial flight.

Plane spotters should keep their eyes open for another legendary airliner scheduled to depart shortly!