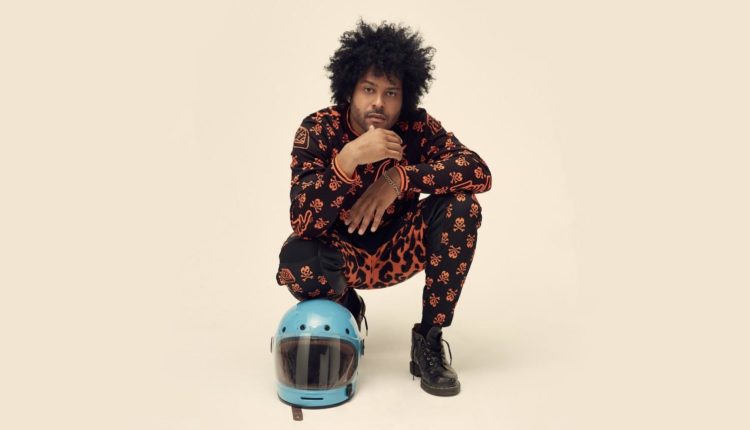 “If you see me, I’m probably on my motorcycle,” says George Lewis Jr. matter-of-factly. “I’ve kind of become that guy who shows up in all my motorcycle gear [to almost anything].” He’s calling from his adopted hometown of Los Angeles—a city practically made for someone with a motorcycle to stretch the limits of time and space—and he’s laughing quietly at his own cultivated identity. To the rest of the world, which knows Lewis as Twin Shadow, this is just another style evolution for the multi-talented synth-pop artist. However, to Lewis, the fact that he’s now most associated with his motorcycle gear seems a bit off.

“I hate motorcycle gear and what guys who ride motorcycles look like!” he continues. “It’s actually been my mission to create kind of my own culture around motorcycling and what I wear.” This attention to detail and aesthetics is nothing new for Lewis, who’s been celebrated as a fashion muse ever since he made a big splash with his 2010 debut Forget. From wide-brimmed hats and floral jackets to the leather-clad greaser look, Lewis’s style has evolved with his music like his heroes David Bowie and Michael Jackson. And while many have tried to replicate this chameleon like quality, very few have the ease and authenticity that Lewis possesses.

Lewis’s honesty is one of the driving forces behind his new album, Caer (out now). The record is a collection of complex reflections on a wide range of subject—from a tough breakup and the horrific bus accident he was in to the actual crumbling of society (“I genuinely believe that all of our systems that seemed to be tried and true systems for certain people are falling apart.”). Drenched in industrial synths and manipulated vocals, Caer feels like Lewis bore into your brain and pulled out the random anxious thoughts that swirl around on a daily basis. When he croons “Sometimes we brace / And then fall / Sometimes we don’t feel right / Sometimes we don’t fall at all” it’s comforting because we’ve all been in that uneasy mental space before. 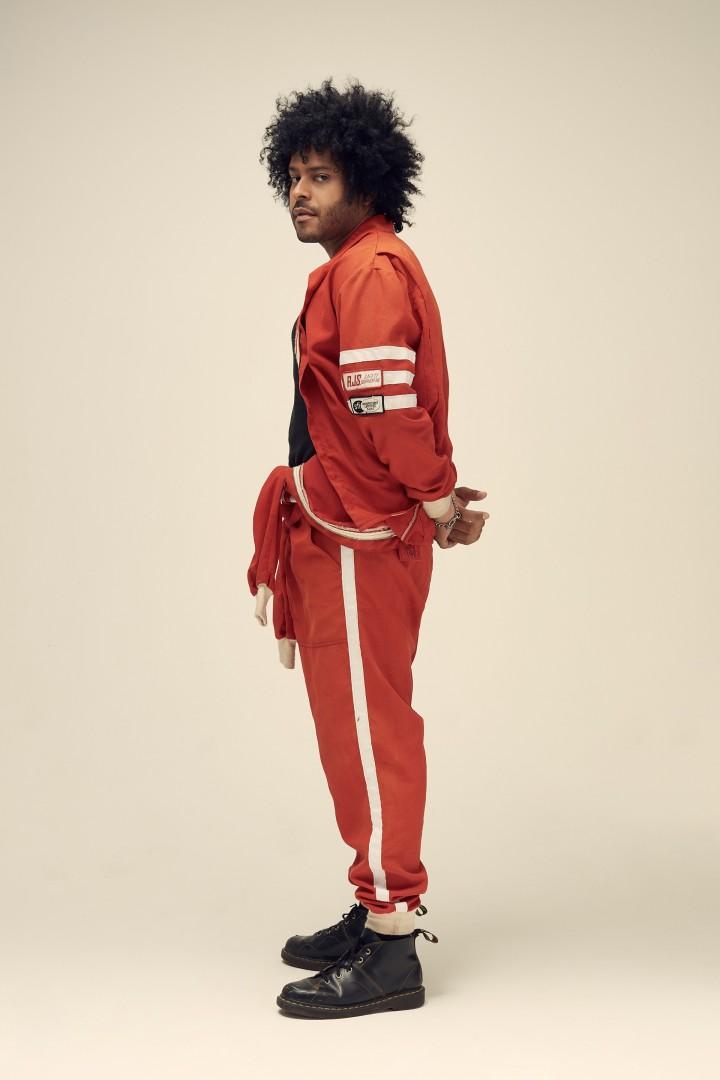 “I don’t find this record to be escapist at all,” Lewis says of Caer’s raw nature. “It’s very much dealing with whatever’s right in front of me.” This what-you-see-is-what-you-get attitude is refreshing from Lewis and it seeped into his recording process for Caer as well. “I went back to what always really worked for me, which is me doing a lot of everything,” he says. The compilation was recorded nomadically around California and parts of Minneapolis because Lewis didn’t want to “get stuck anywhere.”

While Lewis considers Caer a sister record to Forget, he is quick to admit that he opened up his creative process to get this album right. “What changed most, actually, was [that I] gathered a team of people I really trusted. [This was] the first time I really built a team of people [in which] everybody has their own kind of talent. I had them, regardless of whether I was doing everything myself or not, in the room towards the end of [each] recording day with me—after a 10, 12, 14 hours a day, just experiencing the music. And that was different and really rewarding.”

“I love music because I love the idea that three minutes and thirty seconds of anything should be enough to change somebody’s life.”

This level of openness and collaboration leaks into every facet of Lewis’s life, including his contributions to the fashion world. “I’m fortunate enough that, over the last five years, I’ve been making fashion scores for runway shows for my friends (and people who I really look up to)—Maxwell and Do Yee from Public School,” he says. “It’s very difficult when you leave New York and come to Los Angeles. You just kind of become very detached from New York, and working with those guys [helped me keep] one foot in New York and in the fashion world.”

And staying connected to fashion is something that’s important to Lewis because he thinks it’s an art form that is already changing society for the better: “I think we’re in such an amazing time in fashion where ideas are going as far as taste. Right now, fashion is a place where diversity is really celebrated more so than Hollywood and in music.” He pauses, thinking about the industry side of it all, “But at the same time fashion has a lot of problems, too. It’s incredibly wasteful, it’s incredibly biased in certain ways. It’s fleeting.”

The key to growing with the fashion industry, according to Lewis, is to embrace your own personal style. “I think it’s important for people to create their own styles by finding unique things again and really digging around and trying to put together looks that reflect their personality. I try to do that but I also really don’t try that hard, I guess,” he chuckles. 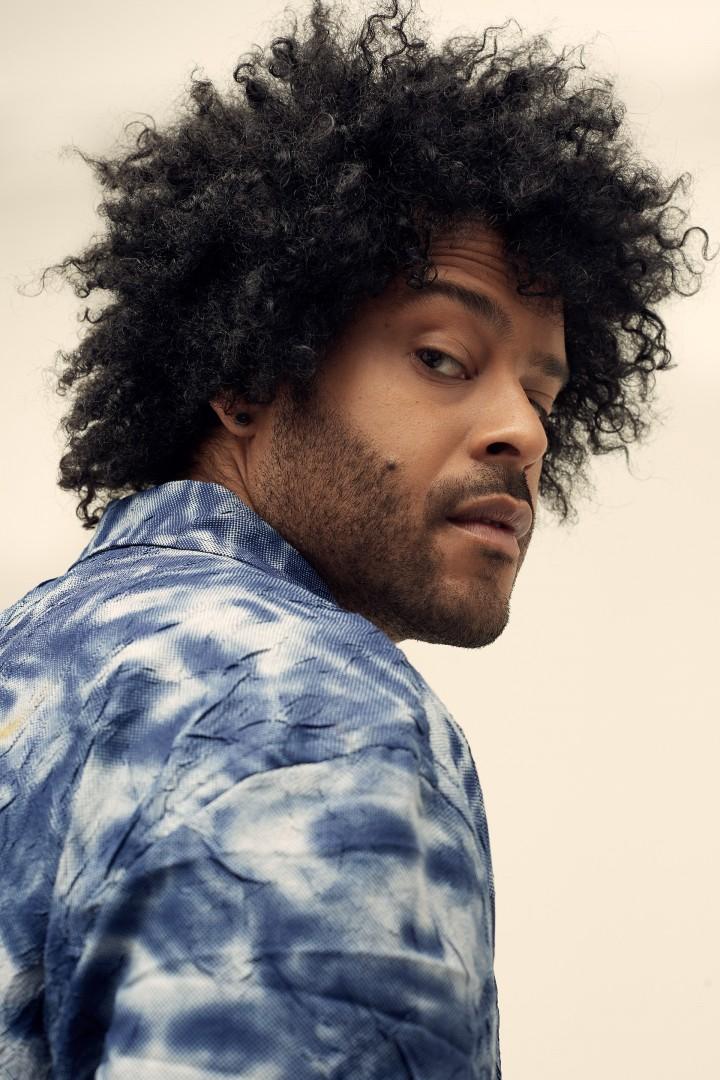 So this brings us back to Lewis’s initial dilemma: how does he make being “that motorcycle guy” part of his own personal style? “Part of it is about safety and part of [that] is about being colorful [to be able to be] seen on the road,” he says. “I’ve been going vintage shopping for old motorcycle gear, making merch that’s inspired by motocross/motorcycle gear, and wearing some of the stuff I make.” Lewis is especially emphatic about his rekindled love of recycled clothes: “I’ve really been into vintage lately because that whole thing about the fashion world being insanely wasteful really does bother me. For a long while I never thought I’d go back to a vintage shop ever again, but I’m kind of back there scrounging around in bins again.”

He laughs, pausing to collect his thoughts. “Fashion is a really fun outlet for me because writing a 3:30 song is my favorite thing in the world, but it gets tiring. I love music because I love the idea that three minutes and thirty seconds of anything should be enough to change somebody’s life, you know? And I think that music does that constantly, but fashion is, is a great way to experiment and spread out.” And after four albums, 5 years of scoring fashion shows, and several runways walked and campaigns shot, Lewis seems to have his fair share of creative outlets. Music will always be his top priority, but there’s a special place in his heart for fashion. “It’s just something I’m like interested, it’s in the back of my head,” he says casually. “Like I said it’s all a side project, you know? Wearing clothes is just a side project.” 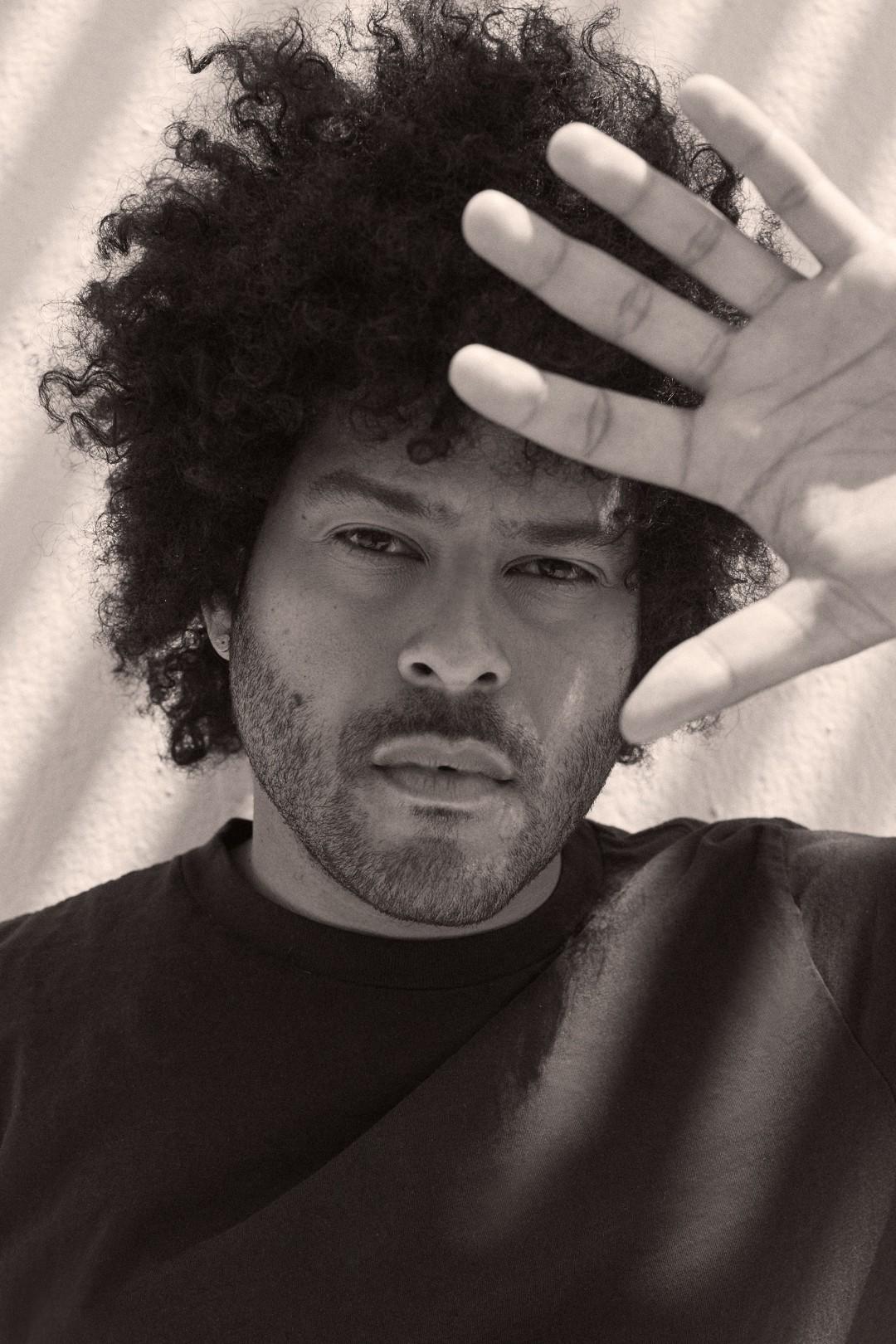 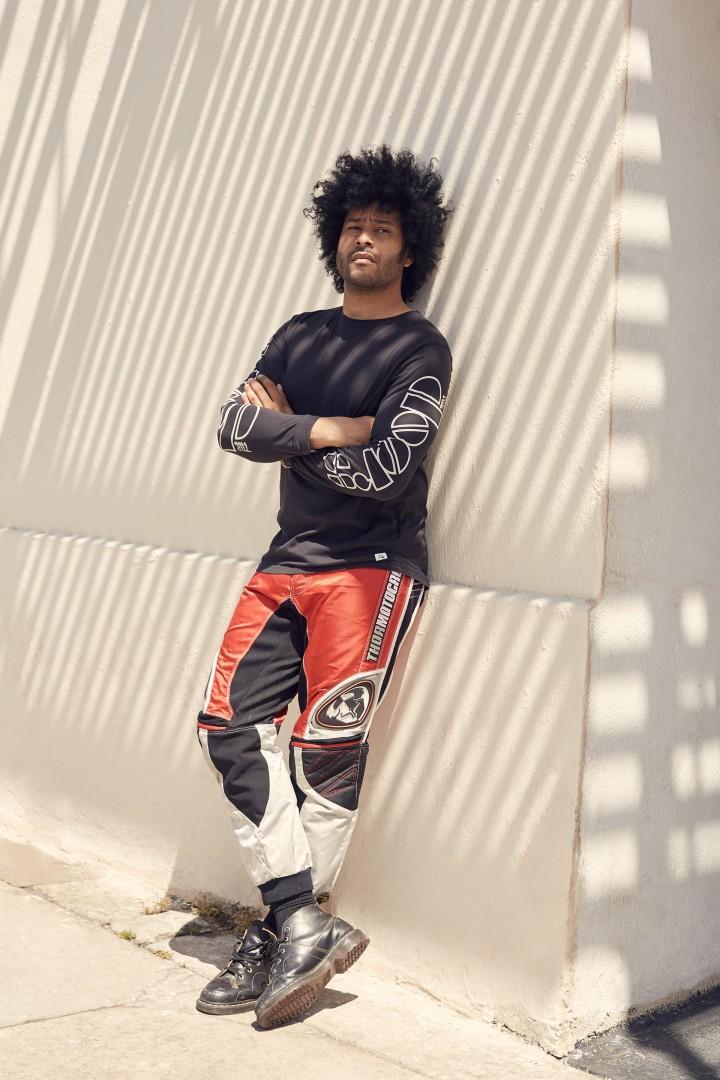